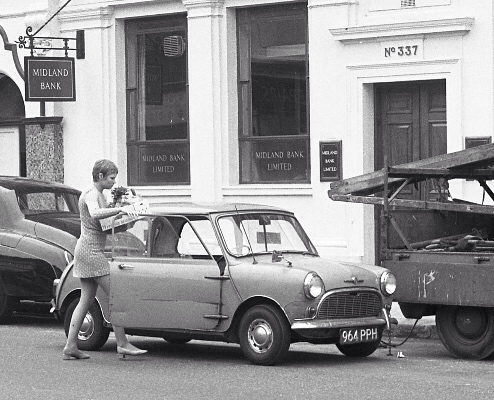 Celebrate the 60th anniversary of the iconic Mini Cooper with a parade followed by exhibition of classic Minis on 17 August 2019 on the King’s Road.

The King’s Road has a long association with innovative vehicle designs; from the elaborate carriages of King Charles II with his virtually exclusive use of the road to becoming a centre for carriage building as former stables and small factories in the 20th Century were converted into workshops for luxury coach builders, Hooper & Co and Gurney Nutting.

The Morris Mini Minor launched on 18 August 1959 as a vehicle designed to compete against three-wheeled cars; created by Alec Issigonis for the British Motor Cooperation. During the 1960s it became the vehicle of choice for celebrities that regularly trod the pavements of the King’s Road including Lord Snowdon, Peter Sellers and the iconic Mary Quant.

Celebrate the much-loved classic mini with a parade along the King’s Road at 11am, followed by an exhibition at 381 King’s Road from 12-5pm.