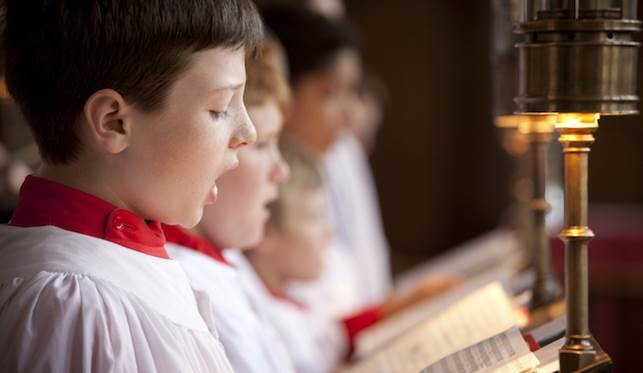 From the annual Christmas Shopping Event to the Christmas Lights Switch-On, Chelsea has plenty of ways to get you into the festive spirit. But sometimes it’s the simple things that get the festive feel-good factor going the most. With carol singing and services throughout December, we’ve rounded up the best dates and locations to belt out Good King Wenceslas and other traditional favourites around Chelsea.

Jointly held by the Friends of The Royal Marsden, Chelsea, the Royal Brompton and Chelsea and Westminster hospitals, this annual event is one of the more formal carol concerts in Chelsea. All proceeds are shared between the three charities to support the work done by the Friends in each hospital. Sit back and enjoy a welcome address, given by the Earl of Cadogan, followed by music from ConQordia and carols and readings from Classic FM’s David Suchet and Greg Hands, Conservative Member of Parliament for Chelsea and Fulham. Tickets can be booked via Eventbrite for £20 plus a booking fee here.

Chelsea Carols on the Green, 10 December

In association with Glass Door – London’s largest open-access network providing shelter and support to the homeless – Chelsea Carols on the Green returns for its 32nd year on 10 December. There’s plenty on offer, from the mulled wine, mince pies, hot sausages and Christmas cake, provided by the Chelsea Green shopkeepers, to the exuberant soundtrack from the Brass Band and choir from St Luke’s Church in Sydney Street. Don’t miss the raffle, either. Prizes have been generously donated by the shopkeepers, restaurateurs and businesses from the Chelsea Green area. They’ll be available to buy from 1 December in the John D Wood & Co office on Chelsea Green.

Christmas Carols in the Courtyard at Bluebird, 10 December

We love nothing better than getting wrapped up and sitting out in the cosy courtyard at Bluebird with a glass of something delicious. So, add carol singing into the mix and we think they’re on to a winning festive formula. Get yourself down to the courtyard on Tuesday 10 December where the children from Cameron House School will be serenading everyone with a selection of classic Christmas songs while you sip on some mulled wine.

This is set to be an uplifting evening of carols and celebrity readings, with all proceeds raising much needed funds for Childline, the NSPCC’s confidential 24-hour counselling service for children and young people. Held annually at Holy Trinity Church in Sloane Street, this special concert costs £40 for general admission (£10 for children) with prices rising to £90 for access to the exclusive VIP reception. Book yours on the NSPCC event page. On the night there will also be the chance to win prizes in the Cracker Raffle and bid for incredible items in an online auction. Doors open at 7.15pm with the concert starting at 7.30pm.

Join the Chelsea Pensioners on two dates throughout December this year. From 11am on 17 December, they’ll be at Pear Tree Cafe, Battersea Park, with a free carol concert. Alternatively, save the date for their big (and totally free) evening service at Wren Chapel, Royal Hospital Chelsea on 22 December. Starting at 5.15pm, it’s set to be a magical evening. Early arrival recommended, as spaces are allocated on a first come, first served basis.